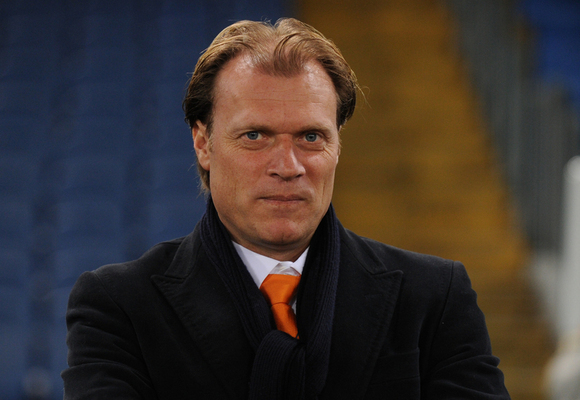 The November issue of the Russian publication Total Footballfeatured an interview with the FC Shakhtar Academy Director Patrick van Leeuwen. Total Football’s reporter personally visited Donetsk to find out detailed information about the process of growing young talents at one of the best football academies in Eastern Europe.

– The work at the Academy is based around the Dutch philosophy in terms of both the training approach as well as the playing style. Do you apply the same principles for the selection of promising young players?
– Yes. I think that if there is a mature technology, it is foolish to invent something new. Therefore, we, just like in the Netherlands, recruit boys who fit our philosophy. We pay attention to the technical and tactical training, and gradually as the child gets older, we define his specialization as a player.

– So, you put more emphasis on the attacking football, don’t you?
– Yes. But this does not mean that we do not pay enough attention to defensive skills. Their development is also an important component of the training sessions at our Academy. Our charges should display attacking football, but they cannot make stupid mistakes in defence – neither positional nor technical ones. To achieve these goals, during our training sessions we deliberately break the team into the attacking and defensive groups, with simulating all the possible situations in each of the three phases of the game. We teach them to be fully universal, if you wish. Having said that, the most important thing for us is to make sure that children play to their full potential in the attack as well as enjoying the game.

– Judging by what we saw on the training fields, the boys seem to really enjoy the game. By the way, how many players are there at the Academy?
– The Academy comprises 90 players.

– We noticed that when you meet the boys, you call them by their names…
– Yes, I know the names of every player at our Academy and I try to speak to them in Russian. This is a psychological thing: thanks to this attitude the boys feel that their daily work is not ignored.

– Do you have a large ‘dropout rate’?
– A maximum of two players per six months. Every six months we assess all the players according to several parameters. We chose this period because of the regulations that allow to submit players two times a year. Therefore, every December and every April we carry out such assessments. As a result, we get a complete picture of the players who are making progress as well as those who do not meet our standards.

– How many boys are selected for the U-8, the youngest team of the Academy?
– Usually, we begin with 10-12 kids. There is not much point in recruiting more players because the teams representing this age group consist of 8 players. In addition, the number of the youngest players is influenced by such factors as the country’s total lack of street football. The U-8 team is formed on the basis of branches located in ordinary secondary schools. We oversee seven branches of this type: three in Donetsk and four in other places of the country. They created the conditions suitable for the children aged 5-6. We provide special selections, which are attended by a lot of boys from different cities. Therefore, there is a large flow of players from the branches to the Academy within U-8 and U-13 level.

– Do you employ foreign or local coaches?
– We mainly employ former Shakhtar players, who completed their playing careers early. Initially, we used them as assistant coaches, and then they went on to become head coaches. The second generation of our coaches represents the Academy graduates, who did not make it to professional football. Our coaches are trained in several ways. Every week we gather together and I, as a director, analyze all the training plans and make all the necessary adjustments. In addition, we invite experts from other countries and we also send our coaches for training to foreign clubs. They have already visited Bayer, Manchester United, Barcelona and almost all Dutch clubs. For us, these trips are regarded as one of the key components of the learning process.

– Interesting. Do you send your charges to the teams that follow a similar philosophy?
– Let’s just say that we send them to places which they can find interesting. During any trip one of three things may happen: they may not like what they see, they can learn something new or see the same academy as ours. But any of the aforementioned situations is beneficial to us, because in each case, the coaches add to their knowledge. Therefore, it will be right to say that we are trying to focus on the specialty of such trips, although you correctly noticed the trend and now we decided to change accents. At the moment, it is Inter Milan, the team that relies on defensive football and fast counterattacks.

– Frankly speaking, it is surprising that you are not keeping in secret your training system. Usually, in such cases people try to refer to some privacy…
– The Academy is open to everyone who wants to explore and implement our experience. We hold tournaments and seminars that feature experts from the best European football academies. We are open to everyone who is interested in football and we believe that such people make up the majority.

Based on Total Football

Want to join the discussion?
Feel free to contribute!

EACH TEAM HAS TALENTED PLAYERS
Scroll to top